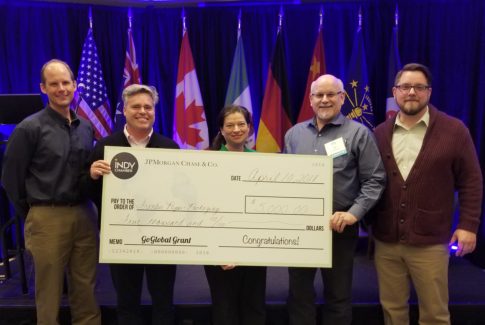 Nature-Pack’s parent company, Frontier Paper & Packaging, was awarded a $5,000 grant by the Indy Chamber as part of their #GlobalIndy campaign on “World Trade Day” on Tuesday, April 10th. This grant, sponsored by JPMorgan Chase Bank, is given annually to assist Indiana manufacturing businesses who seek to grow their international exports in global markets.

This grant will be used by Nature-Pack to develop an export-centric business plan with help from the Purdue University Manufacturing Extension Partnership’s ExporTech program. Frontier was accepted into the ExporTech program in March of 2018 where they will utilize the program to streamline the export of several lines of insulated packaging, including Nature-Pack. 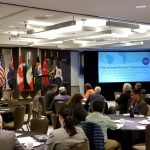 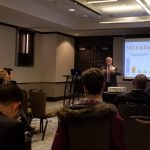 Mark Cooper, Director of the U.S. Department of Commerce in Indiana 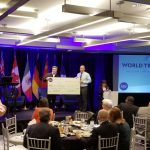 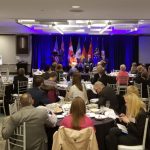 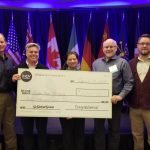 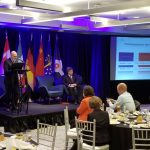 Discussion topics at World Trade Day included NAFTA, the Trump Administration’s trade policy, U.S.-China relations, foreign direct investments, and how all of this can affect Indiana’s businesses and economy. There were also several educational sessions for business owners and entrepreneurs wanting to do business in the markets of Germany, Australia, Mexico, and Canada.

Frontier already does business with France, Great Britain, and Canada, but the ExporTech program will help launch the Nature-Pack line of earth-friendly insulated packaging on the world stage.