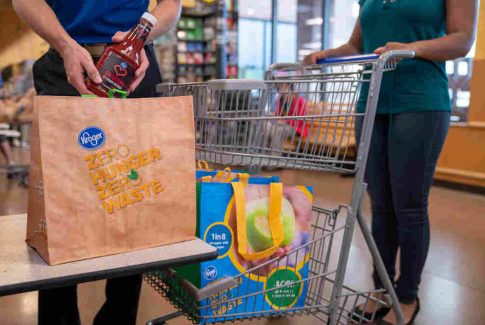 NPR reports on the ongoing efforts to combat microplastics in the environment, especially oceans, rivers, and lakes. Kroger has joined the fight by announcing a ban on their single-use plastic bags. They also have additional plans to reduce landfill waste by 90%.

The Kroger Co. includes major chains such as Ralphs, Harris Teeter, Food4Less and Pick ‘n Save. Its goal is to eliminate all single-use plastic bags by 2025.

Continue to the Source: Attention, Shoppers: Kroger Says It Is Phasing Out Plastic Bags

Other municipalities and countries are instituting similar bans. Check out this commercial produced by a union representing retail workers in Australia before their ban goes into effect.